That time I didn’t have to research Sluggo® Slug Bait and interview local snails about their plight was definitely a career high for me. Oh and that year I went to do a story on Poodles in Paris, but my flight somehow got rerouted to a bratwurst festival in Bavaria was also a win. But there have been some professional lows along the 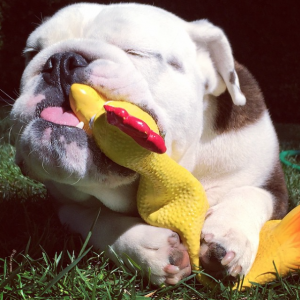 way too—Vegan Fest 2012 in Portland, Oregon and the United Amphibians Conference in Phoenix—that made me question why I ever chose this line of work.

I was forced into some similar soul-searching last Thursday, after my boss stuck a post-it note on my desk with my next assignment. Had my job as a journalist become a joke? Was this the end? On my lunch hour I called my buddy Willis and asked him if Uber was hiring. My abilities behind the wheel are impressive even when I’m eating and he said I could probably get a license. Then I went to a yoga class and tried to get centered but ended up falling asleep on my mat after the first “Ommmmm.” After class I looked down at my phone to see three missed calls—it was 2:35 pm. For the first time ever, I was late.

I stuffed my yoga shorts into my duffle, tossed my mat over my shoulder and started waddling back to the office. My mind raced with various escape plans and convincing exit strategies that my editor had never heard or seen before. But where was I going to find a box of cornflakes, a carabiner and three sticks of dynamite in just under five minutes? Most of me wanted to run in the other direction, but I sauntered on.

When I got to my desk, I grabbed my notepad and a partially chewed number two pencil. Another post-it note from my boss read, “Robert is waiting for you in the 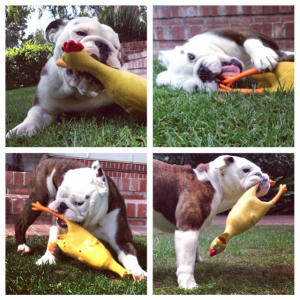 conference room.” In the call-the-cardiologist sense of the idiom, my heart literally skipped a beat as I headed towards my most dreaded interview in recent memory…possibly ever.

Through the frosted glass I saw Robert lying on the conference table.  I took a deep breath and pushed the door open with my head.

Bogie: Robert, this is not cool! You’re going to be SOUP tonight and that wide-eyed stare isn’t going to get you out of this one either. Okay, let’s get this interview over with. Why are you here?

Robert: Bogie! First of all can I just say I’ve been waiting my whole life for this moment!  Before we get into the here and now, I’d like to tell your readers a little bit about myself because that’s really what you wanted to ask.  Isn’t it?

My name is Robert The Rubber Chicken and though I was born in China, I moved to California when I was very young.  I spent quite a bit of time working for AmazonPrime as a watchchicken during the graveyard shift—I’m not much of a sleeper so it worked beautifully. But then one day I found myself in a box on my way to my best friend in the whole wide world’s house! Do you

remember that?  When your mom introduced us for the very first time? We’ve been inseparable ever since.

Bogie: Seriously Robert?  I’ve got better things to do…like sleep. Why are you here?!

Robert: Oh Bogie!  I thought you’d never ask!  You know how you get so into relaxing and sometimes my outside voice can be a bit loud?  Well when that happens your mom puts me in this cozy little shelf above the dryer with a freshly sharpened pencil and one of your unused notepads.

Bogie: Now I know where all my pencils have gone.

Robert: Bogie, let me finish! So every night I write in my/your notepad about our day together. You can think of it as a diary of our friendship. 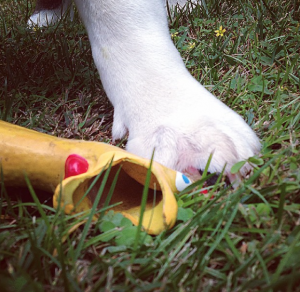 Bogie:  I think I’m going to be sick.

Robert: Back in December while you were supposedly in Paris with some poodles, I was meeting with editors and illustrators. Our friendship is too special not to share with the world.

Robert: Oh you’re so humble Bogie—just one of the many qualities I love about you.  And yes, yes I sure would.  Almost instantly I found Joseph Cowman who took a liking to our story.  Over the last seven or so months he’s hand drawn and water colored an entire book of you and me!!

Bogie: Okay, okay, this a terrible idea but these illustrations are awesome. I especially like this one with you and me at the dog park. Hey, do you think Olive the Basset Hound wants to keep you?  Dude, I heard she teaches rubber chickens to fly!  You should totally go check her out – for forever.

Robert:  You’re hilarious Bogie!  As if I’d want to be anywhere other than right here with you! Hey, do you know if The Droolitzer is hiring? 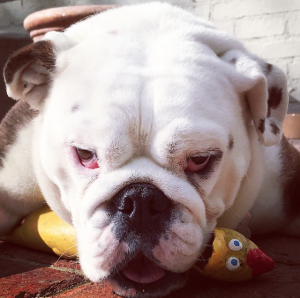 Robert:  Well, that’s a good question but so are all of your questions. I’ve never written a book before, but I think next step is finding someone who wants to publish it.

Bogie: Good luck with that.

Robert: And if that doesn’t happen I’ll just self-publish because I KNOW all of your friends are going to want a copy.

Bogie: Trust me, they won’t.

Robert:  Annnnnnd I’d like to give a portion of our sales to your favorite rescue!  Road Dogs? SoCal Bulldog Rescue?  Lone Star Bulldog Club Rescue?

Robert:  Well Bogie, I think this is the part where you ask me if I can squeeze in a lightening round, right?

Bogie: Do I have to?

Robert:  I’ll leave you alone for an hour if you do.

Bogie: Fried chicken or…. Errrr… I mean… Corn or Rice?

Robert: Fly of course!  Swimming is easy because I float. 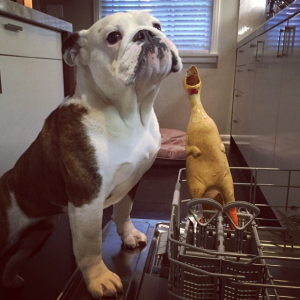 Robert: Whatever you are, I am.

Robert: You’re great at both!

Robert: See you at home Boges!  Can’t wait to get some gardening done with you and maybe go for a quick dip in your kiddy pool. It’s going to be great!

About the Author: Robert T.R. Chicken