Sumo and Bogie Host The Oscars 2016

For the last two years my best mate in the world, @operation_sumo, and I were asked to host the Bully Academy 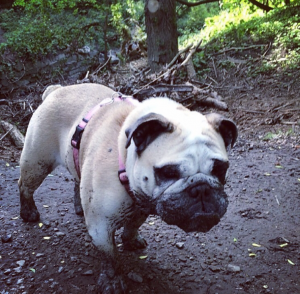 Awards.  It was such an honor and boy oh boy did we have a blast! Let’s take a short walk down memory lane: There was the time Sumo and I were responsible for introducing @bigchunkymonkey to his now fiancé @daisygordita. They were both in the running for Worst Dressed back in 2014— Monkey showed up on the red carpet with white ankle socks and sweet Daisy had gone so over the top that @bonerivers almost arrested her herself. Good times! That same year our buddy @rolling_royce took home the Best Dressed gold while wearing a toddler’s tiger print onesie…sometimes life has a skewed perspective of fairness.  Nonetheless, it was an evening to remember.

Last year, the cast of red carpet walkers nearly tripled and The Academy broadened its horizons to include categories like Best Hunter S. Thompson lookalike (congratulations @maverick_poser) and Best Makeup (way to really go all out @rubytuesday_the_bulldog).  I can’t remember if @titusbulldog won for Best or Worst Dressed, but he did have a paper towel as a pocket square while @dottiedoxie came dressed in a pink boa and flamingo sunnies.  Yikes!  I think I’m still scarred. 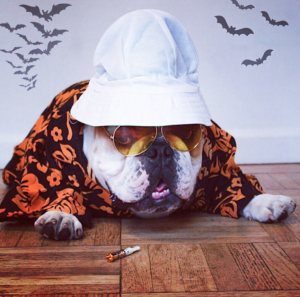 All in all both events were a hit, so when Bone Rivers called my office line on Wednesday I knew what to expect—Sumo and the Boges, hosts with mosts, round 3? But first she asked me who I was wearing, then she told me I needed a facial, a pawdicure and, “for the love of DOG, do something about Robert, he always looks like he’s been through hell and back.” I told her I’d do my best and that I was planning on wearing MaxBone because that’s who all the A-Listers are wearing.  She seemed satisfied with my answer and barked something about being on the carpet at 4pm sharp. Then she hung up. We were hired…I think!

I spent the rest of the afternoon online shopping at Max-bone.  One of the eight bowties I bought would have to work.  I texted Sumo in Australia to let him know and see what time his flight would be arriving on Friday.  My mom is going to be away at a yoga retreat, which is good because us boys need some dude time to scrub up and get red carpet ready. (Side note: If anybully sees that totally unhinged crank Mortimer Baxter, please inform him that Benji came out in 1974 and is not nominated this year.)

The real questions on everybully’s mind are, of course, who is going to end up peeing on the carpet and who will win best/worst dressed? Be sure to send in your submissions by tagging #sumoandbogiehosttheoscars and stay tuned for the results on Monday!

Who are YOU going to wear?