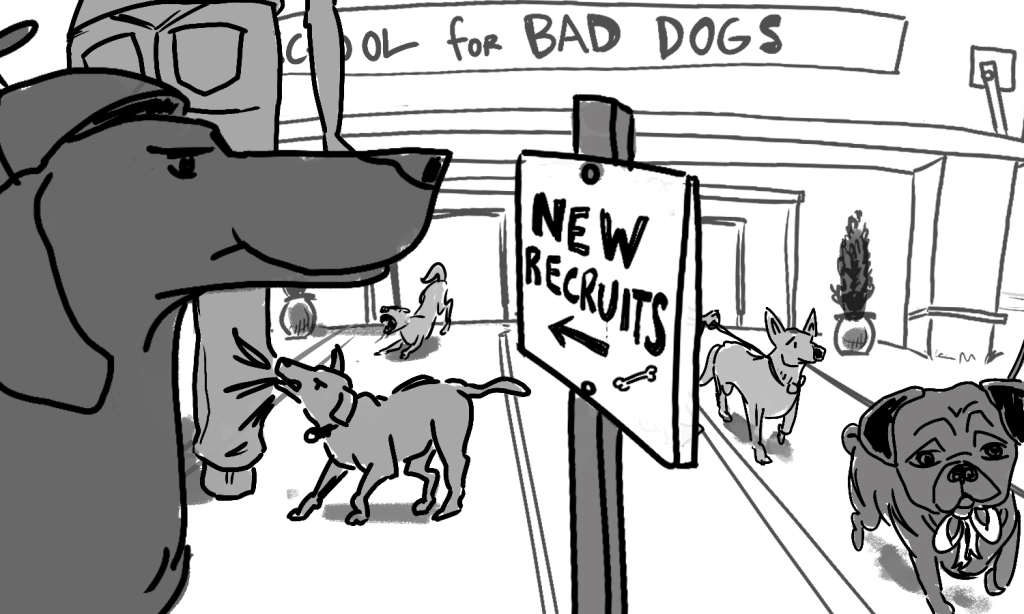 I hear a lot of puppies are going to obedience school and coming out with nothing to show for it except unrealistic expectations, debt and unmarketable skillsets. My neighbor Vern said that’s probably the reason they’re always excited about begging for food and doing pointless stuff. Don’t get me started. I come from a different generation. My education started the moment I realized I was in a grocery store parking lot inside a cardboard box with free puppies misspelled on the side of it. Have I told you that story? In those days (in addition to grit, determination and character) we had a little something called situational awareness. It’s a fancy term for not peeing in the kitchen. That’s how we did things back then. My pal Sparky had plenty of situational awareness, it’s just that sometimes the situations he was aware of involved imaginary badgers. As I’ve said before, Dachshunds were specifically designed to snuff out treacherous Mustelidae and it wasn’t his fault there weren’t any badgers in Lake View Terrace. So when I heard Mrs. Baxter had enrolled Sparky at Mr. Sheeler’s Academy for Bad Dogs I felt terrible. The place was notorious for holding troubled dogs to impossible standards. Sparky, on the other hand, was thrilled. He thought the Academy sounded like just the kind of place he could finally fine-tune his “badger death grab”—a move he’d been working on ever since the unfortunate incident at Mr. Mevel’s convenience store. Don’t get me started. I wasn’t just worried about Sparky not having a good time, I was worried about the other dogs in his class. If I’d learned anything over the years it was that my pal was highly susceptible to external manipulation. Which reminds me of the time Sparky fell in with the wrong crowd on his first day of class.