Good journalism takes boots on the ground and traveling is just part of the job. As usual, Los Angeles International Airport was packed. The joint was doing a solid job of introducing new arrivals to what they could expect as soon as they hit the freeways. But yours truly was headed 10,000 miles the other way””nonstop””to a different west coast. My destination: Perth, Australia. I had my notepad, boogie board, flip-flops and board shorts. Packing light is the best way to travel. I told homeland security to keep an eye on things until I got back and made my way to the gate. The moment I boarded the plane I took a quick fifteen-hour nap. Getting to Australia was a breeze. I made a note in my notepad: flying is easy, look into pilot’s license.

I got off the plane and made my way into town. That’s when it hit me: I was a solo bulldog in the largest city on the west coast of Australia in the middle of summer. Was I nervous?  Me?  No way! I didn’t have time to worry and reminded myself why I was there in the first place: work. Considering who I was about to interview, I had to make sure no paparazzi had tailed me from the airport. I switched taxis twice to be certain and checked the clock. It was 2 p.m. I was right on time.  I headed to a cafÃ© on the beach to meet the man of the hour””the illest of the ill””@pierrebrando.

I was star struck, but covered it up by playing it completely cool and getting right down to the questions”¦ 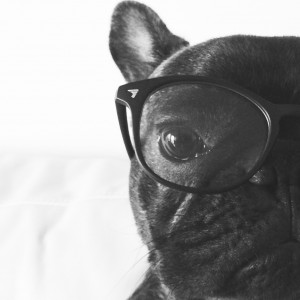 Bogie: Pierre, buddy, my man, bro”¦I mean, yeah dude! I can’t believe I’m here, you’re here and we’re drinking the best damn flat whites (it’s an Aussie thing) I’ve ever had. So tell me, you’re obviously French, how the woof did you end up in Perth of all places?

Pierre: Three reasons: the sun, the beaches and the babes”¦but mainly the babes. While I don’t actually speak French, we get a lot of travellers who do and they always try talking to me. I just nod and assume they’re calling me gorgeous.

Bogie: Probably a safe bet. So, this seems like a pretty relaxed surfer city, but you are a man on the global scene. How have you managed to stay in touch with all the late breaking news worldwide?

Pierre: Perth is a happening spot! I also watch a LOT of TV””CNN is usually on and we watch quite a bit of the E! Network too. I’m a fan of the Kardashian’s and Giuliana Rancic. They help keep my paw on the pulse. We stay away from the animal channels because they usually make mum cry.

Bogie: Totally, sometimes the Kardashian’s make me cry also. Speaking of trendsetters, some have even compared you to the self-made gazillionaire celebrity blogger, Perez Hilton. I mean, that’s kind of a compliment”¦maybe?

Pierre: Well, I like to think I am my own dog””doing my own thing””not riding on the coattails of anybody else. But I do kind of have a knack for what’s hot and what’s not.

Bogie:   That’s for sure. Have you ever thought about, you know, branching off and doing your own thing? Like what if, maybe, you wrote a gossip column for my new website”¦for instance?

Bogie: Think about it, that’s all I’m saying. And what about your little sister, Remi, maybe she could be your agent? She definitely seems to have the ”˜tude for that line of work.

Pierre: It’s Remy with a “y”. Don’t get it wrong or my mum will get upset. Just because she isn’t a fan of dressing her in florals and pinks, mum doesn’t want people thinking Remy’s a guy. To tell you the truth, I’m a little worried about how cute she is. I mean, she’s already taken over my Instagram that I built from the ground up. What was once all about me and my dissatisfaction at life and sleeping in sunspots is now 50% about her.

Bogie: That’s harsh man, sharing is the worst. Before we wrap things up and hit the beach, do you have time for a lightening round?

Pierre: Of course, lightening is how I do my best work. 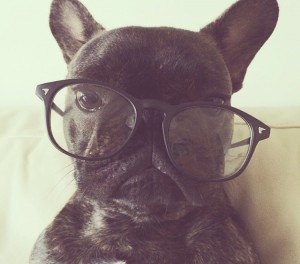 Bogie: Long board or short?

Pierre: Does Perth Champagne Club mean anything to you?  Yup, that’s me! #nobigdeal

Pierre: MUD BATH!!! Had one with Remy just yesterday… you should have seen the look on our humans’ faces. Classic!

Pierre: Both. People are actually shocked at how far I can run. 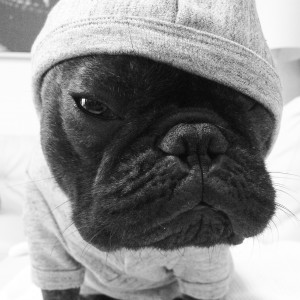 Pierre: Yes, I eat both… ohhhh you mean the bands? Stones.

Bogie: Crusts or no crusts?

Pierre: Crusts. I always get the crusts.

Bogie: Last question: do you ever think it would be cool to, like, find an out-of-the-way island and, like, send all the poodles everywhere away to live on it?

Bogie: Brilliant! And there you have it friends, Pierre!