True Confessions of an Honorary Bulldog

Last week I was having lox for breakfast at Nate n Al’s Deli in Beverly Hills with my buddy Rupert. We were actually on our fifth order of poppy seed bagels with extra cream cheese when I got a call from the office about my next assignment. The week had already been a busy one; I’d received two new garden hoses that needed destroying, Robert the Rubber Chicken had disappeared for three days (whereabouts still unknown) and a plumber had stopped by to unclog a drain. Can plumbers be trusted? I’m still not convinced.

Needless to say, when my boss said I needed to fly back east again I nearly collapsed on the pleather deli booth. Rupert quickly 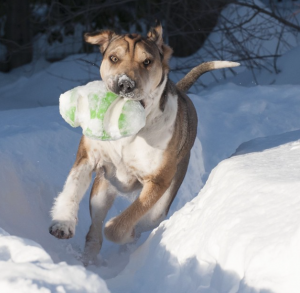 ordered a chicken matzo ball soup to lighten the mood. While I was lamenting what the weather would be like in Boston, he finished our breakfasts and then, with remnants still lingering on his chin, said “why don’t you bring the interview to sunny southern California?” “Rupert!” I exclaimed, “You might be as smart as you are adorable.” I dialed up my boss to pose the question.

As luck would have it, another snowstorm was headed straight for Boston and Deeks Edelstein had always wanted to visit the golden state. I was thrilled not only to not have to go through the whole rigmarole of security at Los Angeles International Airport, but also to be able to show one of my dearest friends what life on the left coast is all about!

Knowing Deeks appreciates a good brisket, we decided to meet at Canter’s Deli on Fairfax Blvd. When my mom dropped me off I grabbed my knapsack, notepad and two pencils in case one broke. I looked down at my watch: 11:50 a.m.””I was ten minutes early. Nerves started creeping up my paws”¦I was on the verge of interviewing the tallest bulldog in the world!

Deeks arrived just minutes later. He looked even cooler in real life and his walk was so graceful that, for a second, I wondered how he was even a bulldog. I decided to get right into the questions.

Bogie: Deeks, we’ve known each other for a long time, but never actually met until today. I have to say you’re the most interesting bulldog I’ve ever seen and even more so in person. I mean the length of your legs. How?!? And your wrinkles are out of control. Again, how!?!

Deeks: Dude, I am not really sure how to tell you this, but I think right now is as good a time as any. I’m just crossing my paws that things do not get, you know, umm, awkward. . . I’m not a bulldog. I love bulldogs, sometimes I behave exactly like one, but I’m just a 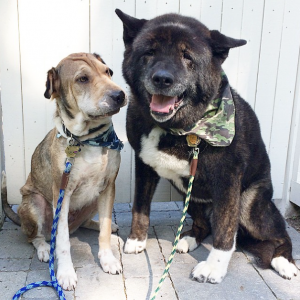 mutt. The long legs are from my hound dad and the wrinkles from my shar-pei mom. So? Are we still good?

Bogie: HANG. ON. WHAT?!  You mean all this time I thought”¦oh wow. No, not awkward but I’m sorry for sending you bulldog chain letters every week. Woah, this is huge, let me just make sure I wrote everything down. Ok, got it. Would you mind explaining your name? It’s unusual, is it Yiddish or were your parents huge NCIS fans?

Deeks: Actually, it’s an old family name, going back six, maybe seven, generations. They’ve left behind a legacy of hunters and police dogs and search & rescue dogs and military dogs, and therapy dogs””it’s quite an honor to be named after them, really. . . Just kidding! Mom’s an NCIS fan and it’s the only name the entire family could agree on. Mom’s now sure it was a good choice because, every time someone on NCIS:LA says “Damn it, Deeks!” she feels like there’s someone out there that understands her struggle. Whatever that means.

Bogie: Yeah, whatever that means!  I know you’re a Boston dude, but were you born and raised there or are you a transplant?

Deeks: Totally a transplant. I was born in Tennessee, and lived there, on a horse farm, for the first five months of my life. Good times. Then moved north in November of 2013, and have considered myself a Bostonian ever since!

Bogie: I never would have guessed you’re from the south originally, but now that you mention it I might detect a slight accent every once and a while. You also come from a long line of soccer players. Your sister is one and you seem to be well versed in the game. 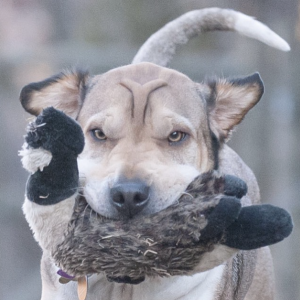 What position do you play and who is your number one team?

Deeks: Well, of course my sister’s team is my number one team. I’ve pretty much taught her everything she knows. Or maybe it’s the other way around, I always get confused on that one. And, to be honest, I’m really more of a possession guy than a position guy. You know what I mean?

Bogie: Aren’t we all buddy, aren’t we all? Your brother Koda is an akita and could be a linebacker if he wanted. He’s both terrifying and mesmerizing. Tell me, what does he do all day? Bench press heavy things? Drink protein shakes? Hang out at CrossFit?

Deeks: He sleeps. It’s a very important part of his training routine. Sleep and chasing me around the yard. That’s pretty much is his day. Seems weird, but it must be working, he gets great results.

Bogie: Oh geez, speaking of Big K, didn’t you say he’s picking you up to go check out the Hollywood Sign? Think we can squeeze in a lightening round before he comes? I’ll be a mumbling mess around him!

Deeks: I’m going to assume we’re talking spectating here, so both! I’ll be the loudest cheerleader on the Marathon route next Monday! Even helped dad train, did his 3 mile runs with him. I’m a team player like that.

Deeks: Patriots. And Red Sox. And Celtics. And Bruins. Just so we’re clear.

Bogie: Inside or outside? 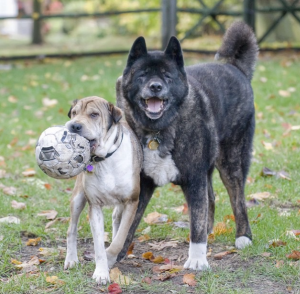 Deeks: Outside. All day every day.

Deeks: Goose. No offense to Robert.

Bogie: If you had to be one: Poodle or Chihuahua?

Deeks: If I had to be one, I guess a Poodle. I’m tired of always being the little guy.

Deeks: Country livin’ with occasional visits to the big city.

Bogie: Yeah, Alf was pretty great.  Dude, Deeks, this round of latkes is on me.  Thanks so much for coming out west!  Here comes your brother which means I’m outta here.

About the Author: @_deeks_