I got the call from my uncle but it was in a roundabout sort of way that reminded me of Ferris Bueller’s Day Off. My best friend’s, mother’s, fiancé was producing a record with my uncle and the drummer of Spiritual Rez who, it turns out, is also one of my biggest fans. It sounded complicated but when Uncle Max asked me if I’d mind sitting down for an interview with his friend—answering questions instead of asking them for a change—I said sure. I like making things easy but also wondered: what could anybody possibly want to ask me??

The recording studio happened to be at my buddy Rupert’s house in Culver City, California—a short drive from my Monday yoga class in West Hollywood. Since it was going to be a bunch of musician dudes, I decided to roll super causal and went straight from yoga. I left my notepad and pencils at home (which felt strange) but tossed a bandanna, a bowtie (preparedness is a strong suit of mine) and a garden hose into my duffle and stashed it in the back of the car. I was ready for anything. I didn’t 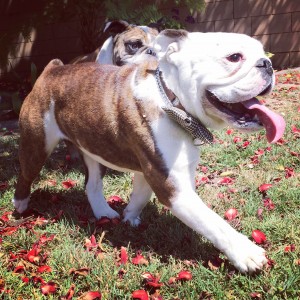 know much about the guy asking the questions so I brought my mom with me in case things started getting a little too personal.

When we arrived, Rupert came to say hello. He’d been recording killer keyboard and vocal tracks with the band and only had a few minutes to chill. But he took a break to introduce me to his friend @meatnugget. Meat (as I soon found out he preferred to be called) is a longtime super fan of mine. As we pieced together the story of how he came to find me on Instagram, I immediately began liking the guy. The dehydrated meat nuggets he kept giving me, so selflessly, also made quite an impression. I sat down with Meat and decided to answer any questions he might have for me.

Meat: Your fame is skyrocketing. International recognition, universal acclaim. I’m star struck. Thanks for giving me your precious time. What’s the greatest fan experience you’ve had? What’s the farthest someone has reached out?

Bogie: Wow Bro, I know you’re thinking my last name is Bogart and I’m some Hollywood celeb, but you’ve got the wrong guy. I’m Bogart Kaplan—just your average backyard bulldog who likes blogging. But one time I did have an Instagram friend visit me from London. That was pretty cool. You live in Boston, right? Well man, that’s almost as far-ish…

Meat: Your mother is a yoga teacher, as I’m sure you know, do you recommend any good stretches for hard-working bulldogs such as yourself?

Bogie: Oh absolutely, downward facing dog is an obvious/absolute must. In fact every morning between getting up and going downstairs for breakfast I do at least one. Another great yoga pose that I highly recommend for someone as hard working as you is savasana. 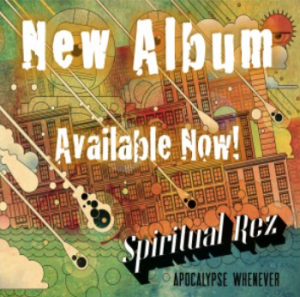 There is this tag going around called #stopdropanddoyoga, and I wanna be like hey, that’s what I’ve been doing all day everyday from 10am-dinner, but nah…I don’t want to be THAT yoga dog.

Meat: Top down or top up when you’re riding dirty in your parent’s ride?

Bogie: Down if I’m cruising with my dad and up if I’m rollin’ with my mom—she’s a ginger and is terrified of getting a sunburn. I hate the smell of sunscreen.

Meat: How do you keep such a shiny pelt? We know it’s not just this epic southern California sun. Beef? Chicken? FISH OIL? How can other bulldogs pull this off???

Bogie: Hudson Filter on Instagram keeps me glossy and white no matter what I actually look like, but truth be told I tend to stay pretty shinny. Might be all the bison liver treats. I don’t eat any people food except for an occasional scoop of peanut butter when my mom needs to slip me some meds and/or when I absolutely refuse to come for anything. Peanut butter usually makes me break and do what I’m told.

Meat: This may be too TMZ of me, but is there a lucky lady in Bogie’s life?

Bogie: It’s cool Brah. There is and her name is Lola. She’s a little older than me which is totally cool. She lives in Carlsbad, California and, ironically, has a rubber chicken named Frieda. We go on a ton of double dates. The long distance thing is tough but Uber has really made our relationship work.

Meat: Separately, and apologies if I’m not in-the-know enough, but who is your favorite play buddy? Robert The Rubber Chicken aside, of course. 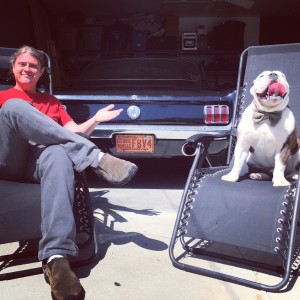 Bogie: Well if we are talking local, then my man Rupert! I’ve known him since he was ten weeks old. When I’m in NYC I love catching up with my brindle brother from another mother, Willis Savage. We’ve had many a good romp together. You could say though, that my tightest buddy ever, is definitely Sumo. He lives in Australia, but we Skype a lot.

Meat: I was told once by a skateboarding bulldog that the reason he boards is because it’s the easiest way from point A to point B (true story). Have you attempted any balance-related alternate forms of transport? Do you have thoughts on bulldogs that do?

Bogie: I would love to meet Tillman one day. He really is the raddest bully ever! Some parents want their children to become doctors, some lawyers—my mother wanted me to be a skateboarder. She even went and bought be an old-school board with rail guards and big soft wheels. I was being set up for success! But it wasn’t for me. I prefer flying from point A to point B. Leaping and bouncing are also good alternatives.

Meat: Bogie, it’s no secret you make much (and good) use of your parent’s garden hose. What are your thoughts on water conservation in this time of historic drought?

Bogie: I gotta tell you Meaty, I saw this one coming. I’ve been getting letters from the DWP inquiring about my water usage. I assure you that mine is less than yours. Let’s do the math:

– I shower once a month, maybe.

– I’ve been forgetting to brush my teeth since I was born.

– My rose bushes? Automatic sprinkler system. Yup, I don’t admit that to many. 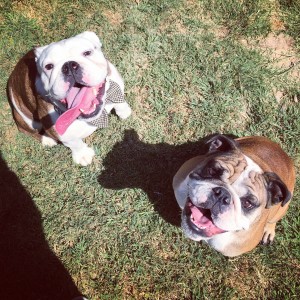 So while I do make very good use of all my parents’ garden hoses, very little water is actually used in the process. #thankyouverymuch

Meat: You like rubber chickens. Our band happens to have recorded Robert’s long lost brother, Ralph, on our last album and he actually got a feature solo.

What are your thoughts on rubber chickens in music? They said it couldn’t be done, but we did it…

Bogie: Wow, Ralph always said he dreamed of making it big off the farm. Good for him! But I’m sorry for you guys if his voice is anything at all like Robert’s. Ummm… how’d that single do?

Also, I was listening to NPR or something like it the other day and there was this story about a woman who had a seizure every time she heard Neo sing. I thought it was a joke, but no, it was a real thing. I’d like to think that Ralph could have the same affect on some poor soul.

Does that answer your question?

Meat: Many other celebrity dogs (I’m sure a few of which are your homies) have a consistent costume or wardrobe of choice. I notice you rock the natural pelt and, on occasions, classy red-carpet attire. Do you have a favorite Instagram-Dog costume?

Bogie: Oh sure! I have tons of friends who are totally into fashion. My best friend Sumo is the guy who invented the whole dogs-wearing-pants movement. He makes what is so wrong, look so right. @bigchunkymonkey is a close second. He somehow makes jeggings on a dude look good.

I myself am more comfortable in my own fur. I have a few outfits, but I usually charge my mom quite a lot (of cookies) to get me dressed. Clothes aren’t really my thing even though she wishes they 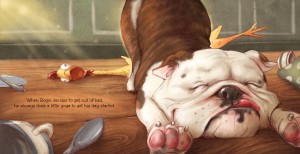 Meat: Lastly, I’ve never known much of your life outside the Instagram realm. Do you have any ambitions of travel? World Tour/Philanthropy Mission/Quick Jaunt to Wine Country?

Bogie: I’ve dreamed about becoming a butcher in my later years, but for now I’m all about the arts! I have actually written two books that I’m hoping will get published. The first is an adult coffee table book on Human Training 101 and the second is a children’s book I co-wrote with Robert about our friendship together. I’m currently looking for a literary agent. Seriously readers…anyone? Anyone? Bueller?