There I was sitting in the Vancouver airport on the week before Thanksgiving. My flight to Quebec was delayed and watching Planes, Trains and Automobiles on Netflix wasn’t helping my anxiety. There was an interview waiting for me on the other side of Canada but it didn’t look like I was getting there anytime soon. 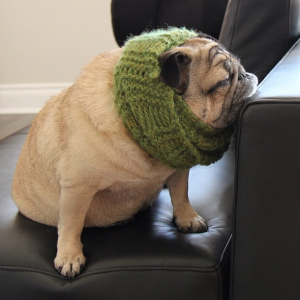 I was at the part in the movie where John Candy and Steve Martin’s car bursts into flames (spoiler alert: its stereo still works) when my boss called. I pressed pause and answered, hoping he’d empathize with my current situation. He said, “Cowboy up Bogart, you’re a reporter. Do you think a little blizzard ever stopped Clark Kent from getting a story in on time?” But he hung up before I could even say, “Good analogy boss!”

I closed my laptop and looked down at my watch. It was 4:30 in the afternoon and I was getting hungry. The weather outside was getting worse so I decided to head into town for something to eat and maybe even someplace to sleep. The rest of the movie would have to wait.

I unzipped the duffle my mom had carefully packed with the bare essentials—a pair of white long johns with blue snowflakes, a fisherman’s sweater, a plaid scarf, my wool peacoat and the navy blue hat she’d knit for me last Christmas. Once I was dressed, with my snow boots on and my front paws wrapped in mittens, I hailed a cab and headed toward the city. I asked the cabbie to drop me off on East Hastings St. at this dive where I heard they had a good chicken wings and decent water on tap. 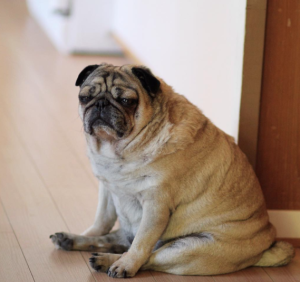 When we pulled up to Jackalope’s Dive Bar , I tipped the driver and headed inside. There wasn’t much going on with still a couple of hours to go until happy hour.  Suddenly my eyes shifted from the menu to what looked like a giant state-fair-award-winning potato resting in the corner on the floor. But as I waddled closer I realized I’d happened across a local legend. I took off my hat and shuffled around for my notepad and pencil. The rounded mass didn’t move so I cleared my throat, shook off the nerves and woofed. Still nothing.

“Davie! If you wake up and answer a few questions I’ll give you half of my baked chicken wings,” I barked loudly. Without so much as lifting his head, he asked for all of it and a side of mac ‘n’ cheese. I had the company card for travel expenses and really needed a story, so I motioned the waiter to double my order. Davie sighed and told me to wake him up when it was ready. I seized the opportunity to properly introduce myself but he had already fallen back asleep.

Falling back on my extensive journalistic instinct, I decided to just start talking in hopes of any response whatsoever…

Bogie: You’ve been quoted as saying, “I don’t have to work to be busy.” Can you expand on that?

Davie: I am not so much the working type, more of a supervisor. But mainly I keep busy being fabulous and it takes a lot out of me. 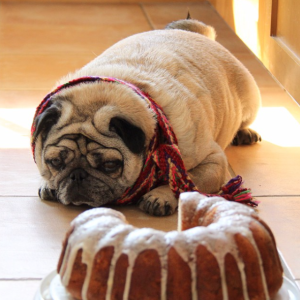 Bogie: I can see that. So, um, what’s the difference between Canadian bacon and regular bacon?

Bogie: That was deep. Let’s talk fitness. What’s your definition of the word “exercise”?

Davie: Luckily for me I was born with these amazing genes (ok, maybe some are recessive) and I don’t really need to work out. Still, I strive to exercise for an hour a day, usually the hour before I wake up. I also circle obsessively before peeing. Surely that counts for something.

Bogie: Yeah, or not. I had no idea you were still in college Davie, how old are you? Are you a sixth year senior at UBC? What are you studying?

Davie: Studying? Oh, there must have been a misunderstanding. I’m actually a janitor there. I mean, I was accepted to their business and engineering programs but decided to be true to myself. I know what brings me pleasure. 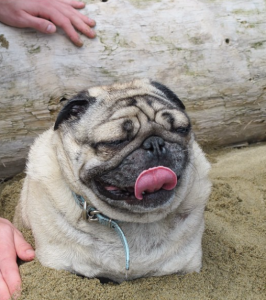 Bogie: Glad we could clear that up. What does a typical day look like for you?

Davie: Too cold (unless it’s too hot), not enough food, at night I sleep with mom— that’s good but my daytime bed is lumpy. I am often forced to go on walks. The beach is the worst and there’s a good chance that I am actually allergic to sand, but does anyone care? Sorry, what was the question again?

Bogie: The struggle is really real for you, Davie.  Where do you see yourself in five months?

Davie: It’s hard to say. I celebrated my 8th birthday a few days ago and when I look back at my life it’s clear that ever since I was adopted (at the age of 9 months) every day of my life has been worse than the day before. So in general I try not to worry too much about the future, I try to concentrate more on my present misery. But since you ask, in five months… I guess this reality will continue to ruin my life. It’s going to be bad. Bad.

Bogie: Happy belated, Man! Do all Canadians put an “eh” at the end of every question, eh?

Davie: Not always, but when they don’t they never forget to apologize. 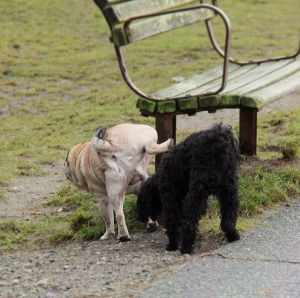 Bogie: Noted. Any advice for pups out there trying to make it in this crazy world?

Davie: Nah. Just give up.

Bogie: Ummmm…I think that’s my cue to move into the lightning round. Kim Kardashian, Taylor Swift or Sam Smith?

Davie: Gas. It kinda comes natural to me.

Bogie: Poutine or chilly cheese fries? Is there a difference? 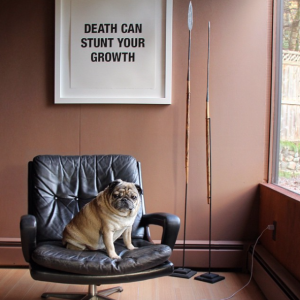 Davie: Honestly, coming from health conscious Vancouver, any dish without tofu is a winner!

Davie: Neither. But let’s just say that I left this question out 😉

Bogie: Your secret is safe with me…and my few thousand readers. Butt scratch or peanut butter?

Davie: Is this a trick question? BOTH, of course.

Davie: Bowie. Without a doubt. I wouldn’t even know where to begin, we just have so much in common. I mean “we like dancing and we look divine” and Bowie is such an optimist. Can you believe that “We’ve got 5 years”—a whole 5 years?!! Anyways, Boges, I really need to go, still waiting for Major Tom.

About the Author: Davie @insitu