Last week I was in New York for a wedding. Rupert, Meaty, Willis and a few others were also in town to see one of our oldest buddies tie the knot. It was Thursday afternoon when I checked into The Crosby Hotel, on Crosby St and Spring, in Soho.  With nothing but time on my paws for the next few days, I decided to drop my duffle in my room and stroll about the city streets in search of some good smells.

I was texting Willis in Brooklyn to see if he could join me for a burger at Balthazar when work called. I answered reluctantly. My boss half-heartedly apologized for 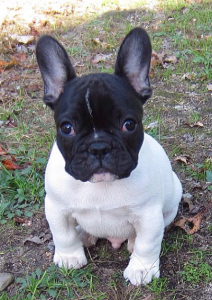 calling. It turned out Buster, the new staff writer, had botched his latest interview with a Great Dane and there was a gap to fill in the layout. I remained silent. He began begging. When he said he’d toss in a jar of thick and chunky peanut butter, in addition to my normal fee, I gave in.

The plan was to meet a guy named Omar at the Caryle Hotel bar on 76th and Madison at 3:30 for some water and potato chips. Fine.

I waddled back to my hotel room and unzipped my duffle. My emergency notepad was in the pocket where I’d left it the last time I flew to Brazil on a redeye, but I couldn’t find my pencils. When I dialed the concierge to inquire if they had a few spares, I ordered a vanilla milkshake with whipped cream from room service. If I was going to be working on my only vacation all year, I figured I may as well make the best of it.  As my mood lifted I realized I had only packed wedding attire. It was going to have to do. I walked to the subway in loafers and a bow tie slurping my shake as I Googled @omarcomin_.

When I finally arrived at the iconic Bemelmen’s Bar I looked down at my watch: 3:29. I was right on time. The only dog in sight was a Frenchie reaching over the bar for some olives. He turned around as I walked in and, as fate would have it, he was also wearing nothing but a bow tie. Instantaneously I felt completely at ease and excited to meet the handsome devil.

Bogie: Wow Dude, it’s really a pleasure.  I’ve heard a bit about you, but let’s get the facts right. Despite living in The Big Apple, your ancestors are French and your name is historically of Hebrew origin, but it’s also popular in Spanish speaking countries. Where the woof are you from? And how did you get your name?

Omar: To be honest, I don’t remember much of my beginning. I know it involved my parental units driving through a freak October snowstorm from Massachusetts to New York City. But I only know this because my Moms likes to tell the story of how I slept the entire time as my Pops death-gripped the steering wheel with minimal visibility of the interstate.

My name’s origin is simple: The second my Moms saw a pic of my face and noticed the white stripe down the middle she thought of the character Omar Little from The Wire. The actor has a similar scar down the middle of his face. And, you know, from then on “it’s all in the game, yo.” 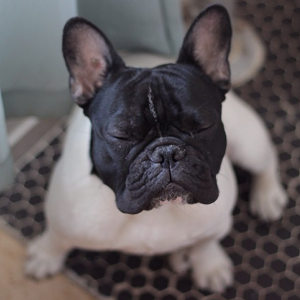 Bogie: Now that you mention it, I see the similarities between you two. Omar, when I looked you up on Wikipedia I read that you double majored in Philosophy and Bacons. Call me crazy, but I had no idea the latter was an area of study. I’m impressed and jealous. Where did you go to school and what year did you graduate?

Omar: I trained merely in the school of farts, if you catch my drift (wind). Fartlosophies included: if I fart and no one’s around, is it still funny? Or bacon for thought: if love is the greatest of all things, then why don’t we say “I bacon you”?

Bogie: Of course I think it’s still funny, but that’s a really good question. You were also on the wrestling team for all four years. Not surprising with your physique and all.  Do you still find time in your busy adult life to work out?

Omar: Workouts include pulling on the leash and punching my cat bro, Tommy. I’ve perfected my signature move, referred to in the underground boxing circuit as the “double punch”.

Bogie: I don’t know what a cat is, but I’d love to see a double punch in action sometime. What does a typical day in the life of you look like?  And how do you find a balance between work and pleasure?

Omar:  City life is pretty good, I can’t lie. On my morning strolls through the hood all the banks and wine stores are stocked with dog biscuits and I guide (pull) my Moms to each one. Good thing the parentals are winos because I get a treat every time.

Bogie: I like your style my man.  And while I can never truly trust what The National Enquirer tells me, I feel like I read about your parents having a web-series and something about you making guest appearances on their show. Is this accurate?  Do you play yourself?

Omar: Yeah, the parentals like to showcase their nerdom in a web-series called The Agoraphobes. I make the occasional cameo, but mostly because when filming in a tiny Manhattan apartment it’s impossible not to photobomb.

Bogie: Dude, you’re famous! Your handsome good looks are unique and rare.  I’ve seen photos of your mom and to be totally honest you look NOTHING like her.  I mean she’s tall…and blonde…Do you have siblings that also garner such incredible coloring?

Omar: I’m one of a kind, son. Most of my siblings were completely brindle. I’ve never met another Frenchie with my looks. Every single time my parentals take me for a 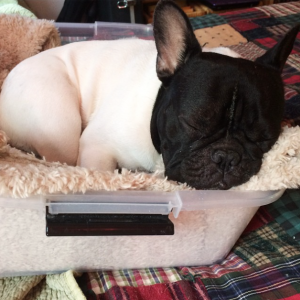 walk someone comments on my markings. Every. Single. Time. “It’s like he’s wearing a mask.” “It looks like he’s painted.” And my Mom’s personal favorite (not favorite): “how did you get him to look like that?” And then she has to politely explain genetics to a stranger.

Bogie: Can’t a guy just go for a walk in peace? Geez. Most know that fashion is a strongpoint of yours.  I feel like you always manage to look so put together while at the same time struttin’ around totally naked. Are you into bow ties more than actual clothes?

Omar: All I got to say is bow ties are cool.

Bogie: I’m curious: Let’s say you had to move to Los Angeles, but were allowed to bring five things from New York with you…what would you bring?

Omar: Honestly bro, I’d love to move to LA. In the words of Paul Simon,  “the New York City winters are bleeding me.” But, that being said, New York has a lot of charm that I love. 1) Central Park, tell me what is better? 2) Bagels, duh. 3) The smell of the Nuts For Nuts cart on the corner while you’re watching the Macy’s Thanksgiving Day Parade 4) Subway cars filled with all kinds of strange people who laugh at my snorts and want to give me treats from their purses 5) Am I allowed to repeat bagels?

Bogie: I know you mentioned heading to Washington Square Park to introduce me to some of your Frenchie crew, but let’s squeeze in a quick lightening round, shall we? 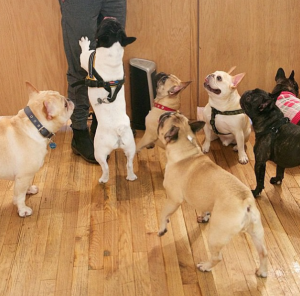 Omar: Please, can you tell me who’s a good boy? I’m desperately trying to find this dude and why my Moms keeps asking for him.

Omar: Better out than in. And I mean farts.

Omar: I’m going to pretend you didn’t even ask me that. 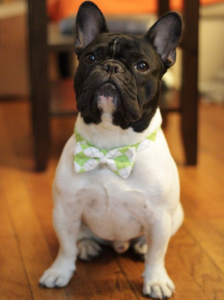 Omar: I prefer a box.

Omar: Just give me a place to rest my chin.

Bogie: Poodle OR Yorkie?  (Come on…if you had to pick one)